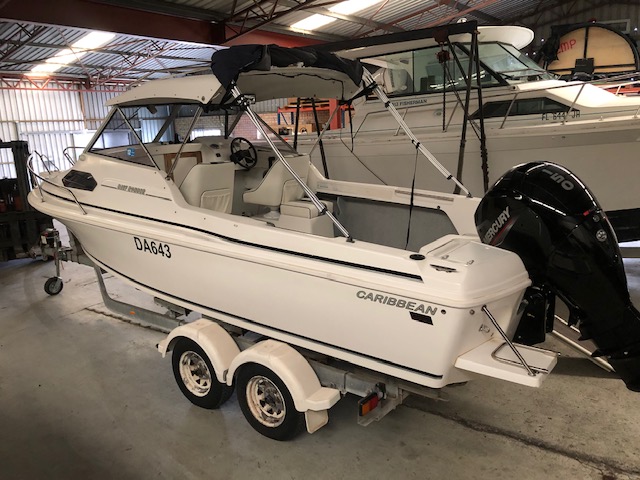 Mandurah Outboards sold this Caribbean Reef Runner to it’s original/existing owner back in 2005/2006. It was fair to say that when the boat was brought to us that the boat was due for a much needed birthday.

We removed the original Yamaha 150hp outboard which was on the boat, it was getting a little tired and a little long in the tooth. We re-powered the boat with a brand new Mercury 3.0L 150hp EFI Four Stroke. The Mercury 3.0L 150hp platform has been around for a number of years and since day one it has not let us down, the 150hp can be used to suit a number of different applications, it is just an excellent all round package.

Between 3000rpm – 4000rpm when the boat is travelling between 17knts – 27knts we achieved a fuel economy of just over 2km/l which provides the boat with a range of over 400km !

To continue the birthday, Mandurah Outboards removed the original/old electronics that were on the boat and replaced them with a Garmin 95sv GPS/Sounder combination, we also introduced a new GME VHF marine radio, Fusion marine speakers, twin USB charging ports, new EPIRB and a pair of offshore flares in order to comply with offshore safety standards.

The boat received a professional detail/clean, whilst the original upholstery was also upgraded with the driver, passenger and rear seats all re-covered, the side pockets where re-lined and the side boats also re-covered.

The most satisfying part of this entire re-power was the owners face once we put the boat back in the water with them, we had a brand new very quite four stroke pushing us along and a boat that they could take to Rottnest for the weekend as well as general boating and fishing for many years to come. 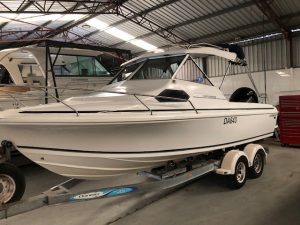 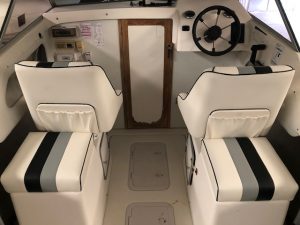 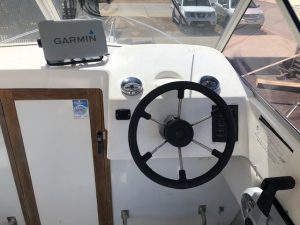 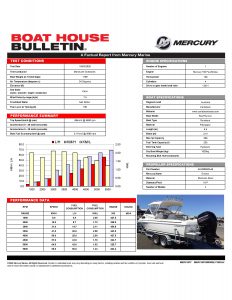